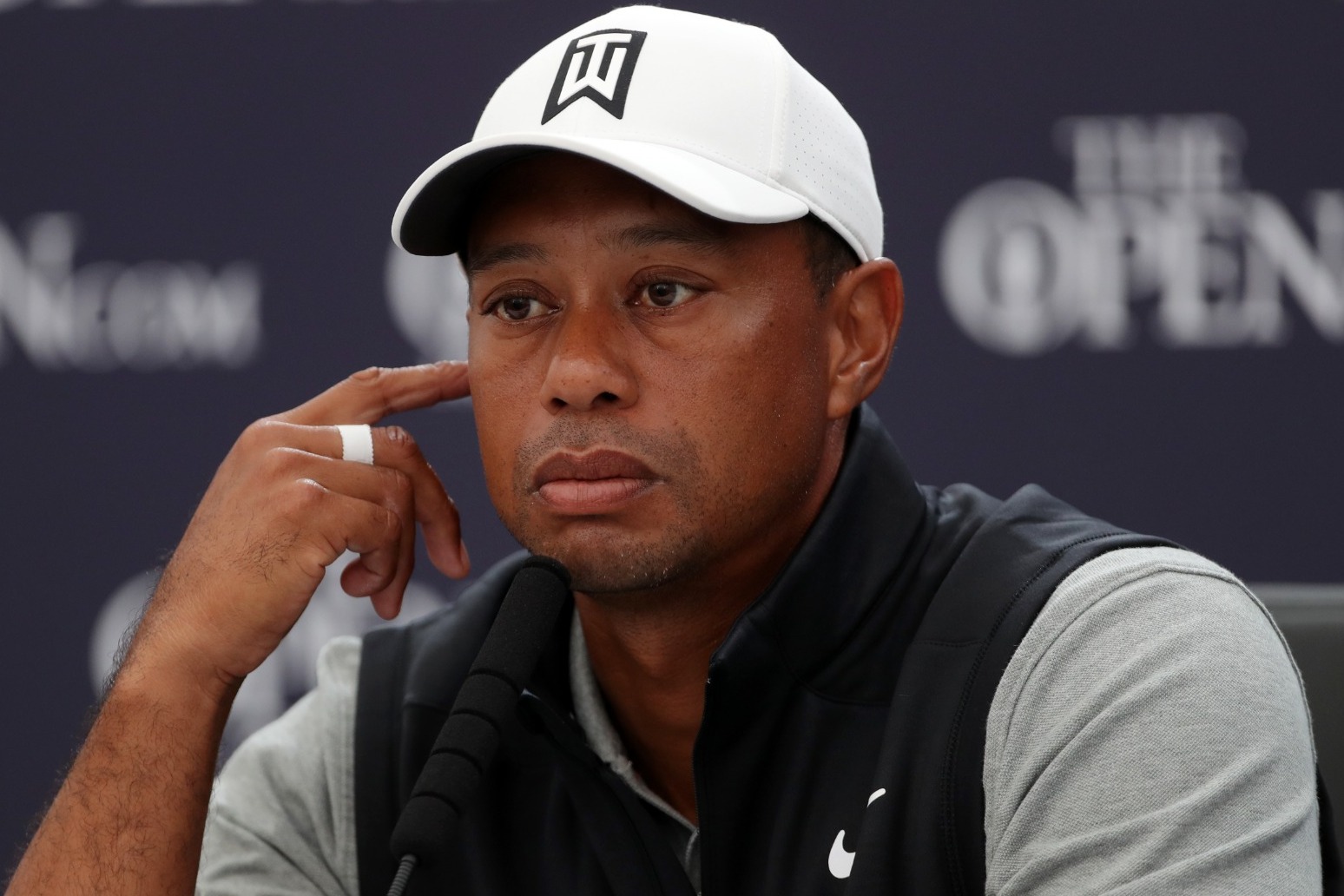 Police looking into the cause of Tiger Woods’ car crash say the 15-time major winner was travelling at between 84-87 miles per hour at the time of the accident.

Woods was released from hospital earlier this month after sustaining a number of serious injuries when his SUV overturned in Los Angeles on February 23.

The 45-year-old was the sole occupant in his vehicle which struck a median strip, rolled and came to a rest on its side near a steep road.

Speaking on Wednesday, Los Angeles County Sheriff Alex Villanueva said the primary cause of the accident was driving at a “speed unsafe for the road conditions and the inability to negotiate the curve of the roadway.

“Estimated speeds at the first area of impact were 84-87mph and the final estimated speed when the vehicle struck the tree was 75mph.”

The speed limit on the stretch of road where the accident occurred is 45mph.

Sheriff Villanueva added: “There were were no citations issued and there were no signs of impairment.”

In May 2017, with five prescription drugs in his system, Woods was arrested on suspicion of driving under the influence when he was found asleep at the wheel of his car and later pleaded guilty to reckless driving.

Officials said they do not believe Woods was using his phone at the time of the accident but that he may have inadvertently pressed the accelerator instead of the break when he realised he was losing control, based on information taken from the vehicle’s data recorder.

Woods was wearing his seatbelt and the airbags in the vehicle had deployed. The former world number one had to be pulled out through the windscreen.

Work on the £4m redevelopment of Thirsk Leisure Centre has now moved to the next level - with the completion of the steel frame extension. Work began on site in February, despite some challenging weather conditions and the need to follow COVID secure working practices. As the leisure centre enters week 10 of development works, structural steelwork engineers have now completed erection of the steel frame for the extensions. All […]