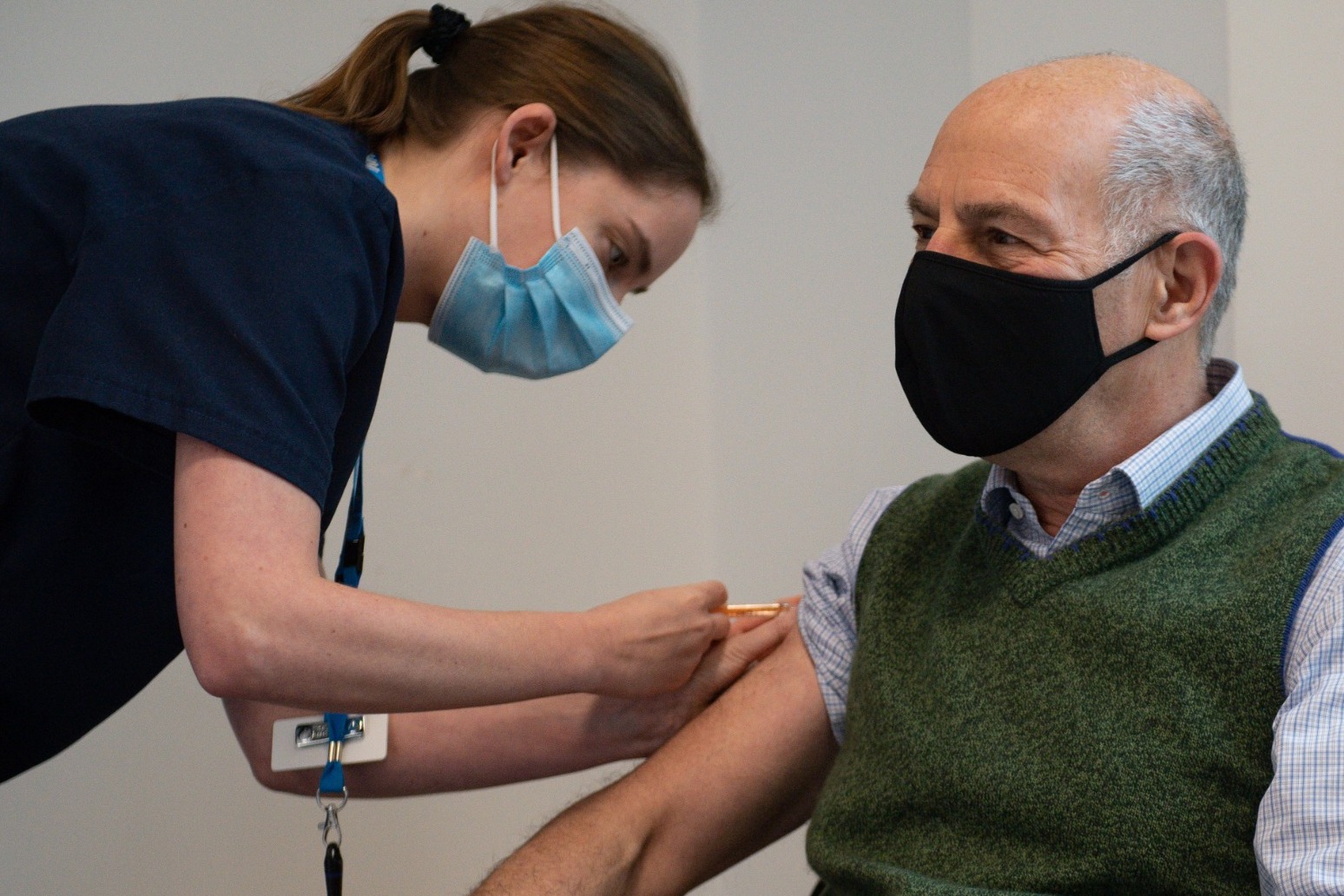 Loyd Grossman has urged others to take advantage of “this huge breakthrough in the fight against Covid-19” after having his first dose of vaccination.

The 70-year-old broadcaster and author, known widely for his range of cooking sauces, was given the Oxford/AstraZeneca injection at North Cotswold Hospital, Moreton-in-Marsh, Gloucestershire on Saturday morning.

He told the PA news agency in a statement: “I am delighted to have got my first jab and am grateful to the NHS for its huge efforts to deliver this national programme so quickly and efficiently.

“It is so important that everyone takes advantage of this huge breakthrough in the fight against Covid-19.

“Get vaccinated! Not just for yourself, but for the safety and happiness of your family, friends and community.”

The broadcaster’s vaccination was administered by Dr Alison Macrae.

Grossman, who was born in Massachusetts in the US, presented MasterChef on the BBC in the 1990s and the ITV panel show Through The Keyhole with Sir David Frost between 1987 and 2003, inviting viewers into the homes of celebrities.

Across his career he has also worked as a food critic and played guitar in a series of punk bands since the late 1970s.

In 2000, he was asked to head up a project to improve the quality of food served in NHS hospitals.

He also maintains a lifelong interest in history, the arts and heritage and is involved in a number of organisations.

Great British Bake Off judge Prue Leith, 80, is among those to have confirmed they have received a second injection.